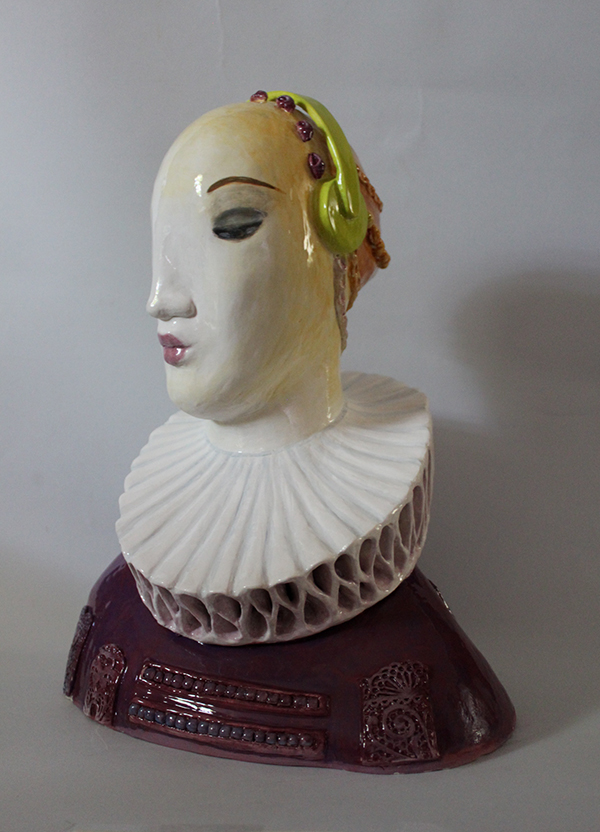 Amanda Ward was born in London and studied at West Surrey College of Art, she worked as an illustrator for 15 years. Her work featured in Cosmopolitan (1983-94), The Radio Times and the Economist.

Among the many companies who have commissioned her work are the Body Shop, Greenpeace, Barclays Bank, B.T., Network Southeast, Boots, Penguin, Harper Collins, The National Grid, Unilever and Saatchi and Saatchi.

Brian Haw was a peace activist who stood opposite the Houses of Parliament for 10 years, 24-hours a day, to remind all of the politicians of the consequences of Britain’s disastrous foreign policy in the Middle East.

There is probably no one else nominated who was literally a human statue. He was kicked in the head by strangers at nighttime and sworn at all day long by passers-by. Eventually, he used crutches to help him stand – and his physicality came to represent the perseverance, endurance and dedication of the peace movement in Britain. He represented centuries of proud resistance to imperialism.

A statue of Haw would be a great way to remind politicians that although the anti-imperialists are in the minority, they have been here for a long time. I certainly hope that their utopian visions of England’s relationship to the rest of the world will come to pass – and when that day comes, it would be great if the young people could look back and see figures such as Brian Haw.

Sculptor Amanda Ward has already created a maquette, which pretty much sums up how a statue could look. She has captured Haw very well. If I was playing him in a play, that would be the expressive mould: even though he cannot support himself on two legs any more, he is still there, standing. The most obvious place for him to stand would be in Parliament Square, but he could also stand outside the Imperial War Museum.

The statue could include some of the extraordinary banners and artefacts surrounding him, as well as all the badges on his hat and a megaphone in his hand. The maquette is a small-scale model of a sculpture – but I wouldn’t mind if it was this size, because he is representative of the small man, the powerless man. Whether you agreed with him or not, there is something about his refusal to move that warrants a statue.


Reader’s nomination: “In Parliament Square, to commemorate the man and continue the protest; to remind those in the Houses of Parliament that having courage of our convictions is essential; a permanent reminder of a man we should aspire to.” Mike Swanwick, 38, Nottingham